We are very happy to announce the nominees and winners of the Magellan MFLC Director’s Award for the first quarter (January – March) of 2018. As you probably know, the Director’s Award is a quarterly honor awarded to one recipient in each of the three Magellan MFLC regions for excellence in the provision of MFLC services during the previous quarter. Each regional supervisor submits a quarterly nominee from his/her region, highlighting the accomplishments of that nominee. The regional directors then review the regional nominees’ accomplishments and select an award winner from each of the three MFLC regions. The winners of the Director’s Award receive $1,000, and each nominee wins a $50 gift check! 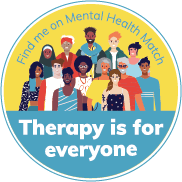